My Lyme – My Voice
By Lisa Hilton 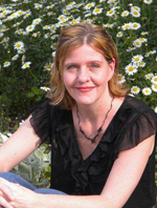 Before I got sick I was happily married with three wonderful kids. I was very active in the kids’ schools and was a Brownie leader. I loved my job but I also loved the outdoors. We lived in Illinois. My family had a cabin in Northern Wisconsin, and we spent many weekends up there. Sometime in the early 1990’s something started to change.

The first time I remember something being wrong was when I went to a mall with my friend. My heart started pounding. I got really dizzy. My stomach started hurting and I felt like I had the flu. My friend took me to an emergency room and they told me it was a panic attack. That was the beginning of a long list of different diagnoses for me. I felt so sick I was scared to go anywhere. I constantly felt “faint” and I had anxiety all the time. Eventually, I wouldn’t leave the house for months. I became agoraphobic. I stopped volunteering in my daughter’s class. I quit my Brownie troop.

Trying to take care of my kids was hard. I had one daughter in school and two at home. I was so scared of my kids and husband thinking I was crazy. After all, all the tests said there was nothing wrong. Luckily, my husband was patient. I just wanted it all to end.

Early on two of my kids started getting sick also. The symptoms ranged from a swollen ankle to swollen glands to fevers and seizures. Again, random diagnoses and no real answers – just assurances that they would likely grow out of it all.

This was so strange. Why were we all so sick all of a sudden?

I felt like I was going crazy. I just never felt right. The diagnoses continued. I was diagnosed with ‘possible’ heart issues, put on various medications for panic disorder. Nothing helped and most anti-anxiety drugs made me even feel worse. I had so many bad reactions to meds that I have developed a big fear of starting new meds.

When my son was four, he had open heart surgery for a hole in his heart he was born with. The benefit of this surgery was he was on IV antibiotics for three weeks. These antibiotics potentially stopped the Lyme disease from progressing.

In the early 1990s we moved to Arizona. Again I started seeing all the different doctors there. Although we had medical insurance and they were ordering tests none of them could figure out what was wrong with me. The diagnoses ranged from panic disorder to heartburn to Desert Valley Fever. My marriage fell apart and I moved to Wisconsin to be with my sister who was also going through a divorce.

This move wasn’t the best. My heath continued to deteriorate – doctors trying various things but nothing working. The symptoms varied and at times were bizarre, there never seemed to be any improvement.

I started to see a general practitioner in 2005 and she was the first one to suggest that I had Lyme disease. Although treatment was offered, the treatment seemed worse than the symptoms. So, I completely gave up on treatment – interestingly I was feeling better on no treatments at all.

The ONE thing I have found that helps me is juicing. It does not cure me, it does not get rid of all my symptoms, but what it does do is replace all the vitamins and minerals that being chronically ill must suck up. I have to learn to live with what I have the best way that I can.

I thought I had run the course in treating “Lyme disease” in any traditional sense. I have done the long-term antibiotics, the rife machines, the herbal protocols. I have done many things I don’t even want to admit trying to find the path to wellness again. I have found a couple of things that at least help me stay “functional” enough to make it worth being alive. Things like juicing, which provides me with energy, acupuncture which can sway the pain in my back, if even for a couple of hours and some other alternative techniques that I am trying. But these things are expensive, and I can’t afford to stay consistent with any of it.

I have been sick since 1991. It took over 15 years and over a hundred doctors in three different states to finally diagnosis me with Lyme Disease. It took going through the common diagnoses that doctors who don’t care or are unwilling to listen such as Panic Disorder, Fibromyalgia, Chronic Fatigue, and possible MS and Lupus.

When I was finally diagnosed with Lyme disease, I thought I was finally on my way to getting well. I had no idea the second part of the battle had begun. Trying to get doctors to take me seriously or getting any treatment at all became a nightmare I was too sick to deal with.

Once I was able to get online and started researching more about Lyme disease, I began to realize there was more to Lyme than just bacteria. The co-infections, the controversy surrounding Lyme disease, the lack of medical knowledge in the mainstream medical community, all led to misinformation and patient suffering and fueled a fire inside of me.

I wanted to turn my anger at the situation into something purposeful. I can’t believe how many people are suffering the same way I was, even children! So one online Lyme support group turned into a letter writing campaign, turned into a Lyme walk, and into another and into protests and rallies. And the battle continues on until a cure is found.