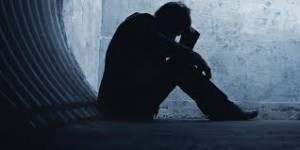 Lyme Disease Symptoms Within Days To a Month of a Bite

Lyme disease is a parasitic spirochete bacteria (cousin to syphilis) when treated with antibiotics early, symptoms will go away in some people, however, the disease like herpes (although it is a virus) itself never goes away. The likelihood for remission to occur is great but often goes undetected as Lyme disease. Which presents its own set of issues I will discuss later.

If no tick is present or was present but likely fell off, the following are the symptoms of early Lyme disease

If Lyme disease is not caught early, the chance for a full recovery decreases, and depending on how long the disease has gone untreated or treated incorrectly ( not long enough, incorrect antibiotics, etc.) the disease becomes chronic any chance of full remission is nominal. The use of IV antibiotics and other homeopathic medications will greatly increase the opportunity for remission. Currently, there is no cure.

A Gram-negative bacterial genus Bartonella now comprises roughly two dozen identified species, about half of which are known to infect humans. The use of antibiotics and homeopathic medications greatly increase the opportunity for recovery. Symptoms often mimic Lyme.

Babesiosis or Babesia are malaria-like protozoans that parasitize and reproduce within mammalian red blood cells. They have a complex life cycle which involve several different stages and physical forms maintained in nature primarily via the exchange between Ixodes ticks and various mammals.

Clinically, Babesiosis appears to have a wide spectrum of disease severity. Most patients experience a viral-like illness that can last weeks to months or longer. Some patients can be asymptomatic. In patients with a complicated condition, however – such as an underlying immunosuppression – the disease can be severe and potentially fatal such as B. divergens and B. microti, which can more virulent than others. B. microti especially in immunosuppressed individuals. Babesiosis also is often so mild it is not noticed yet can be life-threatening to people with no spleen, the elderly, and people with weakened immune systems. Complications include very low blood pressure, liver problems, severe hemolytic anemia (a breakdown of red blood cells), and kidney failure. Difficult to diagnose via blood testing because it is only detected during the first two weeks of infection.Babesiosis is typically treated with a combination of antimalarial drugs and antibiotics. Relapses occur after treatment and must be retreated.

Bacterial infection caused by ticks and often is found in ticks that carry Lyme disease.The updated classification scheme, implemented over the last several years, now places these bacteria in the family Anaplasmataceae, which currently consists of six genera, including Anaplasma and Ehrlichia. These two genera comprise all tick-transmitted pathogens that infect cellular elements of peripheral blood, such as erythrocytes (red blood cells), leukocytes (white blood cells) and platelets. No treatment studies have been performed for Ehrlichiosis, but empiric evidence indicates that Tetracyclines are highly effective against both E. chaffeensis and E. ewingii. Rifampin is an alternative antibiotic choice.